Since the first mash’s distillation, women have always played an ongoing role in the history of whiskey. At the close of Women’s History Month, we didn’t want to feature just one amazing lady… instead, celebrate all of today’s amazing whiskey women! From yesteryear’s Catherine Spears Frye Carpenter, who is credited with creating the first sour mash recipe discovered in 1818 and the women who “stormed the Sazerac” in 1948 to today’s Peggy Noe Stevens, who is the world’s first female Master Bourbon Taster (and formed Bourbon Women in 2011) and our own Vienna Barger, who is reviving Statesville’s legacy of once being nicknamed the “liquor capital of the world” in the 1880s by opening Southern Distilling Company’s doors in April 2017 ~ the first distillery in the famed city since 1903. Learn more about Statesville’s amazing spirits history by clicking {{ HERE }} or better yet, come in for a Behind-the-Scenes Tour & Tasting to discover it in more detail by clicking {{ HERE }}.

To the women in the past who forged their way in the whiskey world that inspired modern-day women to make their own mark in the spirits industry… Cheers, y’all! 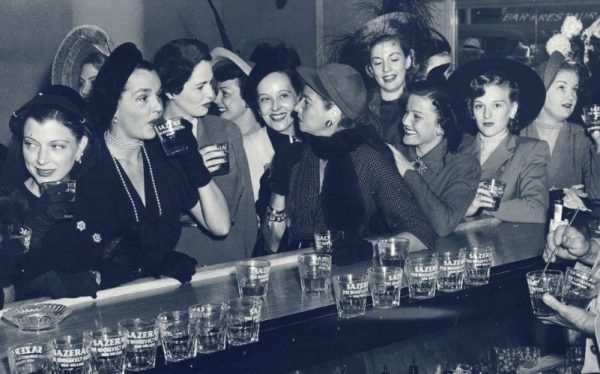