So… What, EXACTLY, is the difference between bourbon and whiskey?

Here at Southern Distilling Company, many of our tour guests ask what it is that makes bourbon different. The fact is that all bourbon is whiskey, but not all whiskey is bourbon.

Whiskey, by definition, is a “type of distilled alcoholic beverage made from fermented grain mash”. There are a variety of grains that are used to distill spirits, such as corn, wheat, rye and barley (which is usually malted). Once distilled, the spirit is then aged in wooden barrels.

The Bottle in Bond Act of 1897 set some strict regulations for whiskey to be considered bourbon because of distillers in the 1800s tampering with their whiskies. So, outside of only water being added to the distillate and a few proofing rules, here are the ABC’s to remember what makes “bourbon”… BOURBON.

A: America!! Per a declaration by the United States Congress in 1964, bourbon is a “distinctive product of the United States”, therefore, to be considered a bourbon, it MUST be “Made in the U.S.A.”!
B: Barrel!! Bourbon gets 60-65% of its flavor and 100% of its color from the barrel that it’s aged in, so whether it’s for 5 minutes or 50 years, to be considered a bourbon, the distillate must enter a brand-new, charred American White Oak barrel.
C: Corn!! Since bourbon is a sweeter version of whiskey and corn is a sweet grain, a bourbon mash bill must include at least 51% corn. 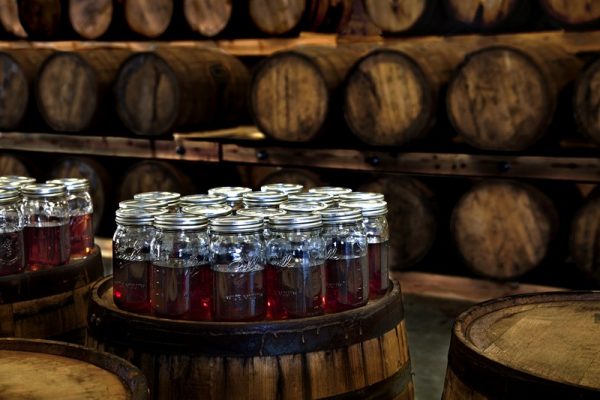