DID YOU KNOW… ~ Reviving Distilling Legacy!

A Memorable Visit Starts with an Unforgettable Story:

We love the amazing spirituous liquor heritage of the City of Statesville and since October is North Carolina Spirits Month, we wanted to share more of our amazing history with you!

DID YOU KNOW that not only was Statesville home to the state’s first copper and tin pot still, the city was also nicknamed the “liquor capital of the world” in the 1880s? In fact, the tax lists of 1800 show that 57 bonded still houses were spread all over Iredell County. Once the Western North Carolina and the Atlantic, Tennessee, Ohio railways were complete, Statesville was on the fast track and absolutely booming in the “hooch” industry! A representative from the ATO reported their railway alone shipped 57,000 gallons of liquor in 7 months’ time (1879-1880). This didn’t even include what was shipped via the Western North Carolina railroad and was before some of the largest wholesale spirituous liquor distribution houses in the Southeast moved to the city!

Once W.W. Cooper & Co. expanded from Marion to Statesville in 1881, several other large spirits manufacturers, distributors and rectifying plants followed. In 1883, P.B. Key, grand-nephew of Frances Scott Key, moved here from Louisiana and opened Key & Co., along with Henry Clarke, who was already established in Salisbury with Clarke & Sons and opened a second distillery in Statesville. Then, Dr. Julius Lowenstein moved here in 1884 with his brother-in-law, M.W. Meyer, from Rochester, New York and opened Lowenstein & Co. While it is said that some of the better whiskey was bottled under the Lowenstein name, a Statesville Record & Landmark article dated February 8th, 1884, reported Key & Co. shipped out two cat-loads of apple brandy in a single day. The article continued, “This is probably the largest shipment of liquor ever made in any one day by any house in North Carolina.” Two cat-loads was approximately 30,000 gallons!

While that was then, Southern Distilling Company is NOW the first distillery in Statesville, North Carolina since the city adopted Prohibition in 1903 and we are so honored to carry on our city’s rich tradition of distilling by producing award-winning bourbon whiskeys! Today, there are many reminders in Downtown Statesville of these pioneers and we’d love to tell you about them.

If it’s true that the story sells the spirit, we have the BEST one around! From being known as the “liquor capital of the world” in the 1880s to the Watts Act (the law passed in 1903 that essentially jump-started Prohibition) being named after Statesville’s own state legislator, Alston D. Watts. For a quick peek into the past, click HERE. We would love to teach you even more about this amazing distilling heritage, so be sure to book a Behind-the-Scenes tour HERE.

We are so happy that all of YOU are making history with US! Cheers, y’all! 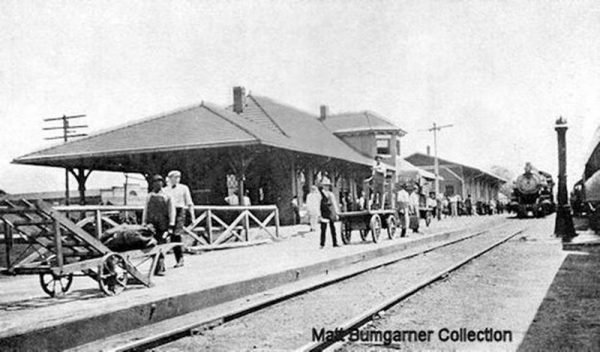