Contrary to popular belief, not all pirates were men. In fact, Grace O’Malley (Gráinne Ní Mháille in Gaelic) was one of the most significant and fascinating women known as the “Queen of the Irish Seas” and the “Pirate Queen” in the 16th century. She was a feminist far ahead of her time and today, she is remembered as a rebel and a symbol of resistance and independence. Grace O’Malley is described as being ‘one of the most remarkable women in history’, as well as, ‘the most notorious woman in all the coasts of Ireland’.

Daughter of the O’Malley Clan chieftain and famed sea captain, Grace begged for her father to take her sailing as a child. He would deny her and what did she finally do? She cut off her hair with a knife! After that, he couldn’t exactly tell her no any longer, so Owen O’Malley taught his daughter the ropes and took Grace on many trading expeditions. Eventually, she followed in her father’s footsteps. After an expedition that attacked her in her castle, she turned to piracy and led a band of 200 pirates that blockaded the port of Galway and attacked ships in the Galway Bay from its coast.

An English captain captured Grace’s brother and a son years later and she sailed to London to meet with Queen Elizabeth in person. Once there, she refused to bow to the Queen and stated that she was a queen of her own land – not subject to the Queen of England. An admiration grew between the two women and they reached a truce: her family would be returned to her if she stopped attacking English ships and started attacking Spanish ones.

Legend has it that Grace gave birth to one of her sons an hour before pirates attacked her ship. Although a little weak and woozy, she still managed to help fight on deck.

Today, she’s said to have been “a woman who could give birth, drink whiskey and fight Turkish pirates all in the same day.”

Cheers to YOU, Grace O’Malley! 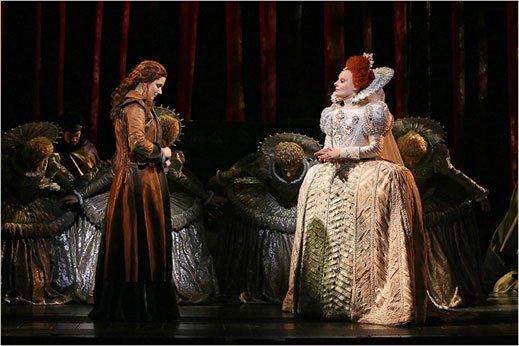