Here at Southern Distilling Company, while we’re lovers of bourbon and rye whiskeys, we also really enjoy a good margarita! It’s one of the most ordered cocktail drinks in bars and restaurants. In 2008, it was reported that Americans consume 185,000 margaritas per hour (wow!!). In addition, Southern consumption peaked that same year and imbibers in North Carolina, Alabama, Florida, etc. accounted for almost 35% of sales!

No one really knows the true origins of this classic cocktail (although what appears to be “factual” is that it involves a beautiful woman regardless of different stories!). One story is that Mexican restaurant owner Carlos “Danny” Herrera created it in 1938 for gorgeous Ziegfeld showgirl Marjorie King. Allergic to all forms of alcohol except tequila, Marjorie didn’t prefer to drink straight liquor so Danny added a little salt and lime… which created the world’s first margarita! Another version claims that Texas socialite Margaret Sames (a.k.a. Margarita) created it at a house party in Acapulco in 1948. Other narratives claim the drink could have been named after Rita Hayworth (whose real name was Margarita Cansino), who was offered one in Tijuana in the 1940s by an admiring bartender or it could have even possibly been first served to singer Peggy Lee in Galveston, Texas (since Peggy is a traditional nickname for Margaret, thus … margarita!).

Nevertheless, cocktail historian David Wondrich’s best guess is that the margarita evolved from a cocktail that was popular in the 1930s and 1940s called the “daisy”, which was a mix of alcohol, citrus juice and grenadine served over shaved ice. There were whiskey daisies, gin daisies, so certainly there would have also been tequila daisies. Eventually, it was this Mexican-themed daisy that became known as the “margarita”, since that translates to “daisy” in Spanish.

At any rate… we love the romantic story behind the margarita. Here’s our take using a non-tequila daisy spin… adding our Souther Star White Whiskey! 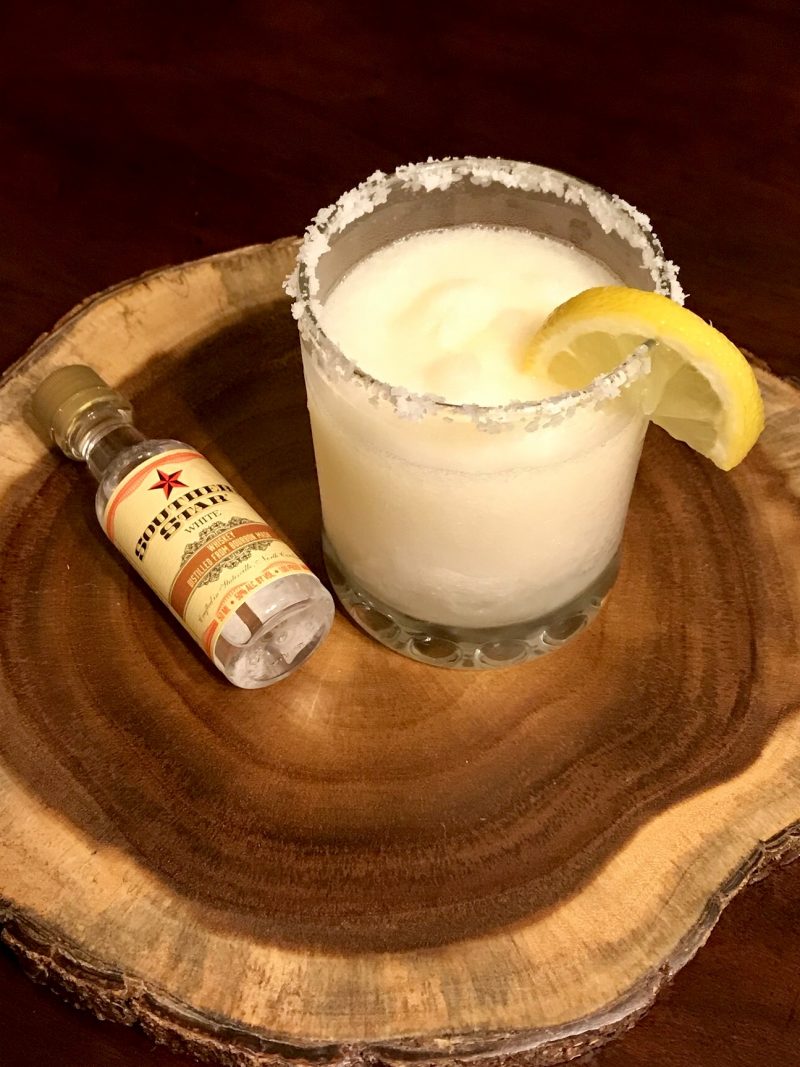