There’s a reason we love the Screwdriver: It’s classic, great in the morning for brunch/lunch, as well as in the afternoon or evening, too! And because it’s oh-so-simple, you don’t need to be a bartender to make one at home.

It’s said the cocktail got its name because decades ago, American oil workers were on the job working in the Persian Gulf and were discreetly adding vodka to their orange juice. Since spoons weren’t readily available, they were stirring their drink with a screwdriver. Others claim the drink was invented by American aviators, though reference of it goes back in literature as far as 1938.

We love screwdriver cocktails made with our Southern Star White Whiskey in lieu of vodka! We put a holiday-inspired spin on this recipe. Give it a try… you’re going to love it too! 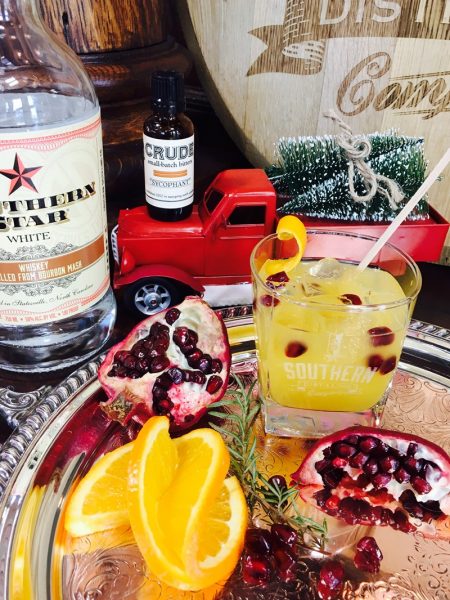