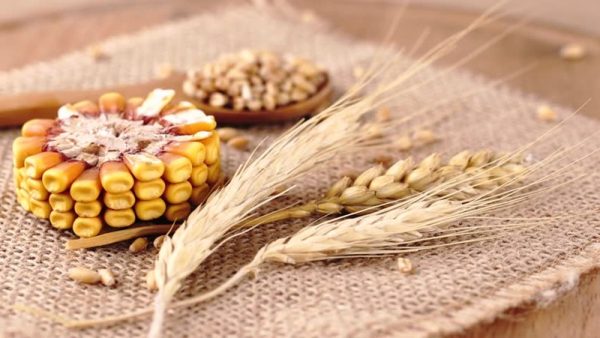 There’s a reason some whiskeys and bourbons have more spicy notes than others and why some spirits have a softer, fruitier aroma than others. This is due to what we call the “mash bill” or the mix of grains that are used in the production process.

It’s not only aging that affects the taste of a product – different grains do too. For instance, malted barley is used in making bourbon mainly for its enzyme properties (that assist in breaking down the simple sugars from the wheat or rye and corn), however, it also provides those malty and toffee aromas in the product. Corn is the predominant grain in bourbon (at least 51%) and it gives way to maple syrup and vanilla flavors after being aged in its barrel. “Corn Whiskey” though, has rich, syrupy corn flavors and can be either unaged or aged in used barrels. Bourbon imbibers who prefer a little less sweetness with a more flavorful and savory bite with hints of sweet usually prefer a spirit that contains the rye grain. Finally, there are others who prefer a cleaner, subtler note and for those drinkers the choice is a wheat-based bourbon. We always like to describe the difference of a rye-versus-wheat bourbon to a piece of bread: wheated bourbon is like whole wheat with a soft sweet honey flavor, while the rye has a more spicy, peppery note (think pepper, nutmeg, clove and cinnamon).

Essentially, the secret to a great whiskey is the distiller, the mash bill, factors in the process from grain to glass and lastly, the drinker. Regardless of whether you prefer a wheated or rye bourbon or a wheat or rye whiskey, we can all agree with Mark Twain when he said, “Too much of anything is bad, but too much whiskey is barely enough.”

WHAT TO DO NEXT: