It’s Whiskey Wednesday and This Saturday is Saint Patrick’s Day!
Legend Has It…

Shortly after King Henry II invaded Ireland in 1170, the English found the Irish imbibing in what they called ‘aqua vitae’ (the “water of life”). Irish legend has it that it was actually Saint Patrick who, during the 5th century, introduced distillation to the Irish people. Unfortunately, it took another 600 years before they were actually able to create alcohol due the difficulty of condensing the liquor. Another theory is that Irish missionaries brought the art of distillation over from the Mediterranean region around 500-600 AD. Either way, it is believed that whiskey was carried from Ireland to Scotland by Irish monks in the late 15th century, though some say it crossed the Irish Seas several centuries earlier. The only thing known with certainty, however, is that the first written reference to whiskey was the Irish Annals of Clonmacnoise, which attributes the death of a chieftain to “taking a surfeit of aqua vitae” at Christmas. In addition, Scotland’s first whiskey distillation record is in the Exchequer Rolls of Scotland for 1494, where there is an entry for “eight bolls of malt to Friar John Cor wherewith to make acquavitae” (technically, an “aqueous solution of alcohol). A boll was an old Scottish measure of no more than six bushels, which was enough barley to make 1,500 bottles. 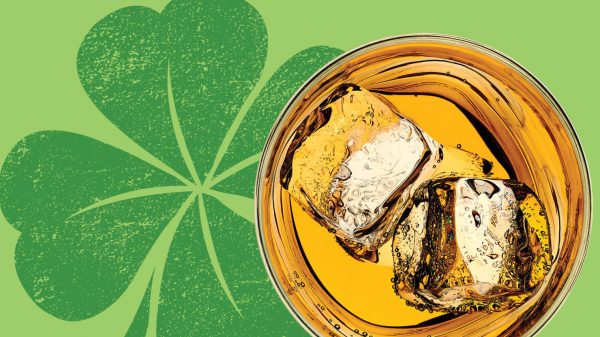